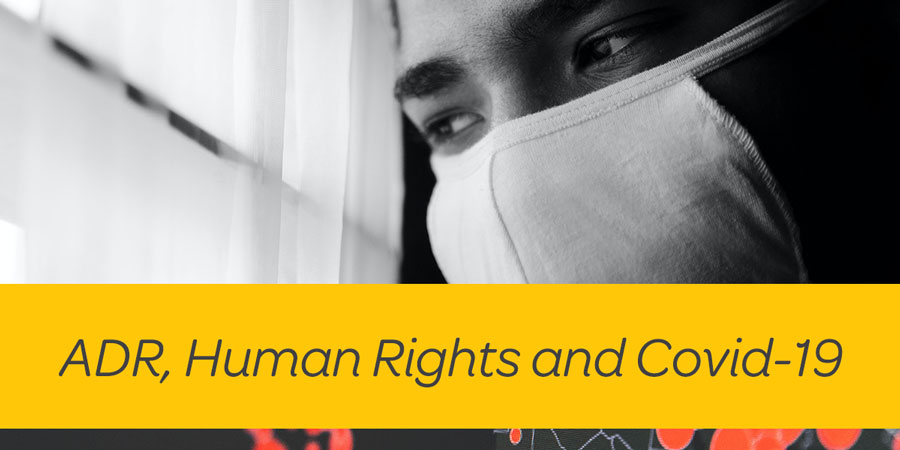 I greet you all in peace and hope that your Easter Weekend or whatever it is that you observe or don’t observe, has been a happy one.

Many have raised with me the fear of an emerging totalitarianism and/or authoritarianism accompanied by loss of civil liberties.

I have over the past seven years used ADR processes to attempt to confront abuses of power by the state and administrative agencies. I have assisted in diverting public violence matters to ADR dialogue where there was much resistance and little support.

I have stood on court steps on crutches facing a community that I didn’t know after police threatened me to stop them from singing lest they disturb the offices around them and had them misinterpret my presence (I was there for another community similarly facing eviction) and then start to chant ‘shoot’, ‘shoot’, ‘shoot’.

I have wheeled up in a wheelchair to get between police on one side and private security armed with assault rifles on the other to ask unprotected strikers to allow me to go in and negotiate on their behalf.

I am very aware that my vulnerability may, in a great irony, be something of a superpower in that no one actually wants to be that much of an ass-hole.

There are other stories where I and handfuls of colleagues have literally physically got between police or private security and the vulnerable whose rights were at stake or had long had their backs entirely against the wall in every respect.

The point is, I have a history of having been committed to confronting abuses of power and in some cases doing so quite literally and physically.

I’m not sure I’m that brazen anymore. One never really knows whether the stuff we do is out of our own brokenness, sincere courage and fortitude, some kind of death wish or belief in something beyond. In truth, it’s probably all that in varying degrees.

On top of all this I’m a (stalled) master’s student in constitutional law. So what do I do with the multitude of questions on the perceived erosion of our civil liberties.

I definitely have more questions than answers.

Firstly, do we know what liberty is?

Does our desperation to unban tobacco and alcohol during lockdown point to a people who were truly free?

Does our insistence that YouTube should not curtail whatever we want to put out there point to a people who want their freedom back?

Were we using our freedom of speech in a way that displayed reverence for every little bit of life we encountered?

Or were we participating in contributing to a resurgence of hatred and othering, finger-pointing and blaming?

I don’t have the answers.

But I do have a few more questions and one of the great, big, huge questions is to what extent am I truly willing to confront my own greed, consumptive ways and selfishness?

Of course we must confront the power-mongering, greedy elite that seem to rule the world and profiteer off the exploitation of others.

But can I honestly say that I don’t partake, at least in part, in those systems?

Can I honestly say that I don’t contribute anything to the kind of energy needed for war in this world?

While we must remain aware and alive to what is happening around us and remain vigilant to keep state power in check, I do believe that a deep, long, perhaps uncomfortably long, inward glance is required of us all.

We will never confront the greed, selfishness and exploitation that exists all around us unless we are willing to confront the same within us.

In order to get anywhere close to that confrontation, I believe that we need to commit to a justice that is discursive, problem-solving that proceeds through discourse.

ADR processes are better suited to a discursive justice than our current problem solving structures.

Of course it is naïve to believe that it is possible to simply displace and replace current structures with non-adversarial, collaborative problem solving mechanisms. Many of us have been working towards and committed to changing the emphasis for many years and it so happens that (as I have recently written) there is a grand convergence of events now that makes such a shift in emphasis crucial.

As always,
Grace and Peace