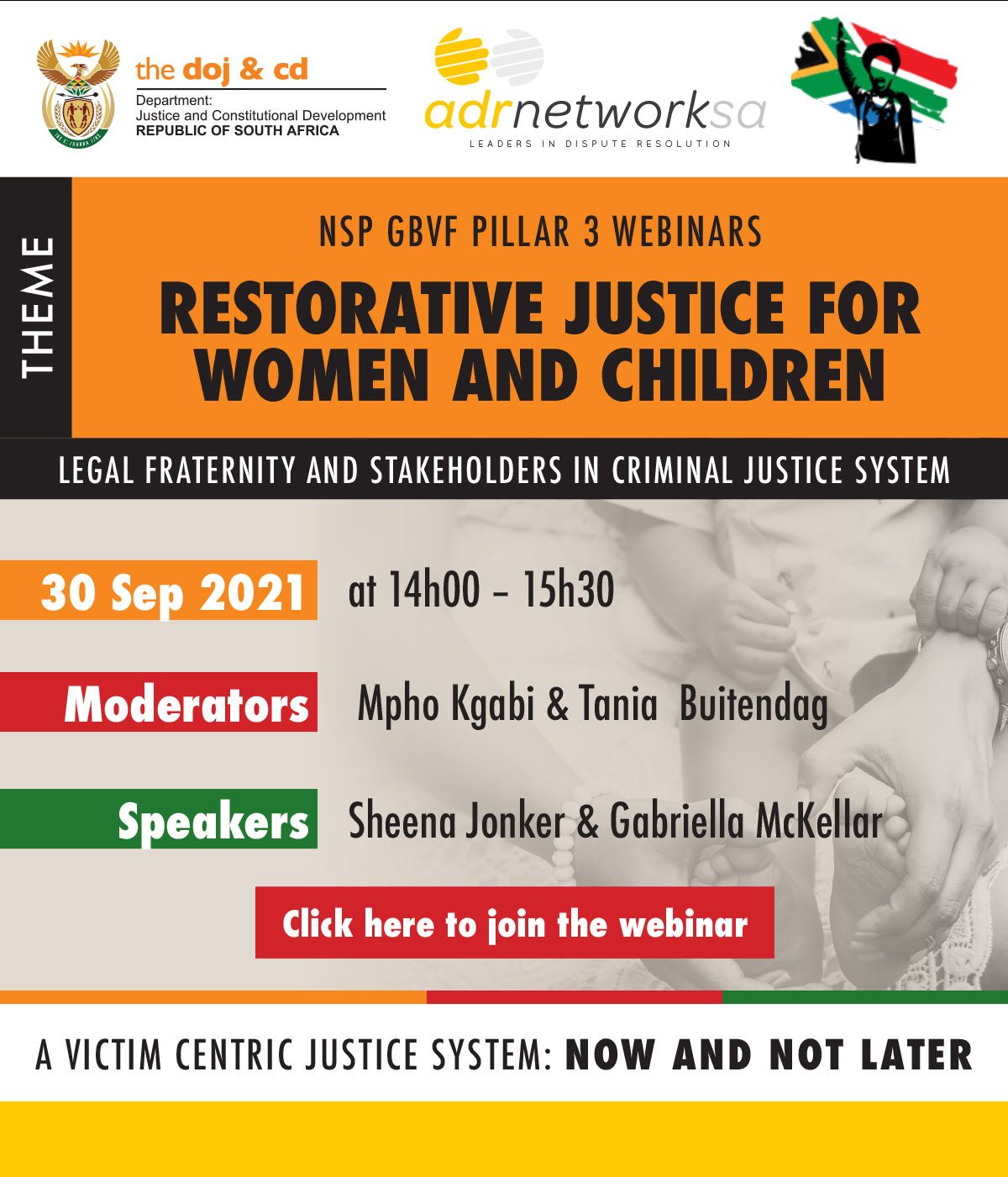 It’s been a while since I blogged.

Best (Well…in a manner of speaking)

2021 has been a strange year. A bit like the classic Tale of Two Cities. It was the Best of Times, It was the Worst of Times.

In Fact, I think my last blog happened in 2020. 2020 was the ushering in of a strange new life for us all on many levels. But it also comprised a confluence of events (Disaster, 4th IR, Rule 61A and the RAF shift toward mediation, amongst others) that highlighted the utility, resilience and significance of ADR processes, specifically mediation. Wake up suddenly and you’re in…uh…thrust into a world of online work. In our case, online dispute resolution and mediation and online training in dispute resolution and mediation.[ii]

For the most part, I have felt this to be exceptionally beneficial to ADR and mediation. As a platform upon which, I have long thought, we can better advance ideals in better access to justice, I am seeing much of that capacity-building manifest before my very (screen locked) eyes.

Naturally I am alive to the obstacles faced by many with insufficient access to connectivity and devices. However, I am absolutely certain that these challenges are more easily and practicably overcome than the spatial injustice, economic challenges and public transport issues that complicate access to our courts.

The Hague Institute for Innovation in Law talks about online courts and that establishing online courts alone is insufficient for what may lie ahead. Our focus needs to shift significantly toward informal processes like mediation.

I had written previously about how Ken Cloke had so profoundly seemed to see up ahead in his book, ‘Politics, Dialogue and the Evolution of Democracy’ wherein he writes an actual Chapter on pandemic (back in actual 2018) and he talks about the need for the language of co-operation, collaboration and bridgebuilding as he predicts that the power-based problem -solving structures (police, military and courts) will start to crumble.[iii]

A lot of this has been good for those of us who have advocated for ADR, Mediation and Restorative justice and we have seen some magnificent gains for which we remain in awe and deeply grateful. But we do remain reverend in the face of the enormity of the work that lies ahead.

Worst (in a manner of speaking)

The July unrest in Durban had a particular impact on me. Leaving aside the enormous impact for others (for the moment) and naturally for all of us as a society. I have an ability to look up ahead with hope and doggedly refuse the idea that things may just fall apart completely. In July my ability near abandoned me. I have been deeply saddened by the events of the past number of months. I have previously written about how I feel that the state capture commission is an exceptionally expensive exercise in public square spectacle allowing us to point and say: ‘Look, the evil is over there. None of it is within me’ rather than to do the self-reflection that we all need to do. I have also written previously about my view on the constitutional anomalies inherent within the commission and that if one understands onus, burden of proof and elements of crime and how complicated this all is in prosecuting commercial crime, I think the commission has very low potential to manifest actual successful prosecutions and convictions.[iv] All this I believe to be complicated further by what I regard as constitutional anomalies and deficiencies in the process. Of course, I must be honest, I am hell-bent on a justice that restores rather than seeking to punish and so naturally I am less than joyous about a process that, to my mind, nurtures within us feelings of bloodlust and revenge as we see the ‘bombsquad’ unleased on whomever we have been made to believe are the ‘bad guys’.

You can check out previous blogs (referenced in the endnotes) that further expound my views on this and what I think a restorationist approach may be.

National Strategic Plan on Gender Based Violence and Femicide: Pillar 3

I have been appointed one of the ambassadors in what is a state-side and civil society partnership attempt to address the scourge of GBVF in our country. Having worked extensively to address sexual violence and domestic violence, initially in practice as an attorney and for the past decade and a half via victim centric restorative justice and ADR Methods, I am deeply grateful for this platform to advocate for something that I believe so whole-heartedly in.

ADR Network SA has contributed various forms of training to the project for its various stakeholders including the DOJ, the UNODC and the LPC.

I was also interviewed by the UNODC for their publication on women in conflict the law in view of my work in Restorative Justice.

This Thursday at 2pm I will be presenting, along with Gabi McKellar on Restorative Justice for Women and Children. Please attend if you can.

The details are as follows:

Restorative justice for women and children

Please forward the invite to all for distribution

Join on your computer or mobile app

Covid Injury in the Workplace and Vaccine Mandates: The Role of ADR

Please join us for this mediated discussion this Thursday at 6pm.

To RSVP and for zoom access details please email training@adr-networksa.co.za.

Check out our programs and join us in the shift from the adversarial to the non-adversarial. From the Punitive to the Restorative.

We have provincial structures in Limpopo, Gauteng and very soon in the Eastern Cape.

Limpopo, lead by Mpho Mdingi is opening new offices with the capacity for live local training, in person mediation and is putting a lot of energy behind stimulating court annexed mediation and Rule 41A. Get in touch with her at mpho@adr-networksa.co.za.

[i] With thanks and apologies to Charles Dickens

[iii] Kenneth Cloke, ‘Politics, Dialogue and the Evolution of Democracy’